The History of Backgammon

Backgammon is believed to have originated at around 3,000 B.C. in Mesopotamia in the Persian Empire which is the present day Iran, Iraq, and Syria. It is the oldest known recorded game in history, even older than Chess. The game was typically played on surfaces such as wood, using stones as markers, and dice made from bones, stones, wood or pottery and it can be traced back thousands of years BC to board games played by the Egyptians, Sumerians, Romans, and Persians.

Archaeological digs continue to turn up board games very similar to today’s fast paced and challenging game of backgammon. The game continued to grow in popularity in across Europe, and found its way to Persia where it was known as “Takhteh Nard” which, roughly translated, means “Battle on Wood”. At this point the three dice were reduced to two by the Persian players. The concept of the game then became part of the Anglo Saxon culture by the early 7th century and, during the medieval Crusades, the game was popular as a gaming activity for soldiers and traders under the name “Tables” or “Tabula”.

The Church attempted to outlaw the game a few times but was always unsuccessful as a board could easily be scratched out in dirt or sand and played with small stones.
The doubling cube was believed to be introduced in New York in the 1920’s by some unknown gambler which enhanced the element of skill in the game increasing its marketability, and insuring its place as a popular pastime. The game was mostly limited to the upper class in private clubs although several introductory backgammon publications burst onto the scene.

The rules were modified in 1931 in the U.S. to what generally governs the game today. From there, tournament play was organized among backgammon players and strategy was enhanced and studied. The popularity of backgammon increased during the 1960’s with the efforts of Prince Alexis Obelensky who organized and promoted tournaments and the first Official Backgammon World Championships in the Bahamas the winning of which became backgammon’s highest honor which still holds true today.

The 1970’s have been frequently described as backgammon’s “Heyday” as it saw huge increases in popularity, publicity, tournaments and backgammon literature including books, magazines, and newspaper columns. It moved from the upper to middle classes and was popular among the younger generation as well. Tournament purses soared into 6 digit sums and its popularity was widespread throughout the US and Europe.

The 1980’s however saw a decline in popularity again mostly among the younger generation likely due to the advent of video games and the excitement to young minds that they can provide. Interest in learning the intricacies of the game was as strong as ever for the players that remained and was bolstered by the invention of computer backgammon which could not only provide a decent opponent but more importantly they could save hours of time by performing roll outs of positions giving players a deeper understanding of the game.

The computer revolution continued in full force as Gerald Tesauro of IBM wrote software which could teach itself how to play backgammon using Neural Networking creating a world class player in TD-Gammon. FIBS (First Internet Backgammon Server) was created in 1993 by Andreas Schneider and hosted on an academic computer in Sweden for free. Over 100 players with internet connections could be found playing at any one time with the ability to save matches, watch matches and compare playing strengths via a rating system.

Today the internet has progressed even further allowing players from all over the world to play each other through the click of a mouse. It is hoped that this will provide the stimulus for a new golden age for backgammon and see more people than ever before playing the game. 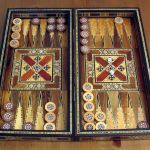 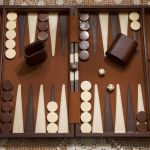 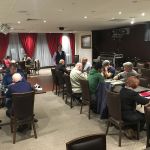 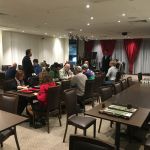 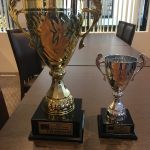 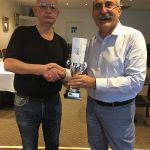 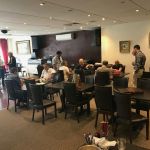 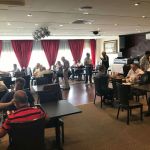 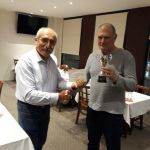 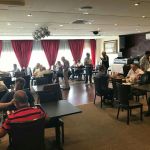 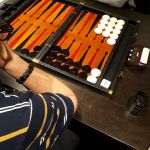