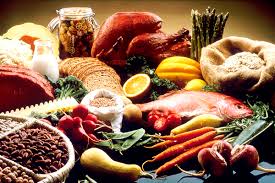 Iranians people are gastronome who value food quality and tastes So the variety of food is very high among them.

The tradition of eating is one of the most enduring legacies of Iranian culture and civilization Which is still performed as an unbreakable ritual.

There is no ritual in Iran that does not have a place to eat. Despite the fact that our grandfathers and our fathers are said to be on Tablecloth on a handmade carpet And they define the memories not far behind. Today, however, there are no longer high-profile, full-blooded tables of intimacy.

It is important that the cultural elements that have been learned and worked hard over thousands of years have not been forgotten. Women are, in fact, the most important social class that can be well acquainted with the traditional and local nutrition system and get to know all the scientific benefits of this system and teach all local and traditional editions to their children and consider it as a great honor.

This is a kind of positive cultural transfer from the current generation to the younger generation. In traditional Iranian food, there was not much abundance of oil and rice, and on the contrary, there were legumes and various seasonal and local veggies on the table. While fast food principles are less than healthy dietary principles And a remarkable example of a lot of fat for artificially joining the client and reducing the consumption of vegetables rich in minerals and tonic that the body needs.

On a general look, traditional foods are those foods that have been consumed in a country since ancient times and have been passed on to generations. In other words, these kinds of foods can be found in the diet of our very ancestors! These foods are simple and yet rich in nutrients and are often naturally thought-provoking.

If we want to list the general characteristics of traditional foods, we can mention the following:

Foods that were cooked and not cooked with raw materials;

Foods that have a long history of health care;

One of the hallmarks of traditional Iranian foods is the consumption of various foods from different food groups, and this is exactly the same as the recommendations that are being made today on the diverse and balanced consumption of food from pyramid groups.