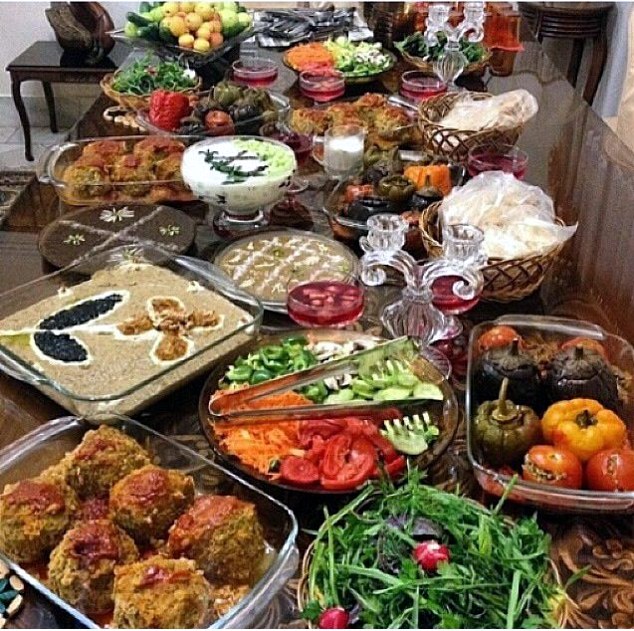 There are over 3,200 types of local persian food in Iran, each with a particular baking method.

The most important specialties of Persian food, which are more or less national colors, are Ploo, Chamomile, Cholochaboube and Kebab and Ash… . 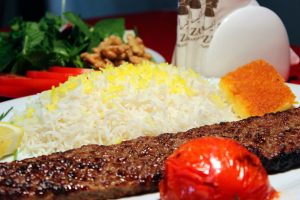 Polo or Chelow is a brass cooked with oil or butter and can also be mixed with different kinds of vegetables, beans or raisins and cumin, and create a delicious mix.

Chelow, which is pure white rice, if not flushed, is called “demi” or “kate”.

They consume white rice (chloew) with stew, which is a mixture of vegetables or beans with meat.

Stew has a variety of varieties. The kinde of Ghyeme, Fesengon, Ghorme sabzi are one of the most famous Iranian stews.

The Abgosht is made from meat (especially lamb meat) and potatoes and tomatoes and legumes, which is a delicious food and has high consumption.

In Iran, meat is cooked on charcoal, called “kebab”, and all kinds of kebab are cooked and consumed. Various types of meat include red meat, such as lamb, cow and calf, and white meat, including poultry, such as home poultry, quebbles, pheasants and ducks, and fish and marine fleshed animals that are not “haram” for the sake of Islam.

It is only in the coastal areas, because it is around the Caspian Sea and the Persian Gulf that fish are the usual food every day, but in some special cases, such as the New Year’s Eve (New Year’s Eve), fish, especially smoked and white fish, over the table People are seen Shariah has forbidden eating pestilent animals and meat-eaters.

The Persians spend a simple breakfast as “fasting” made of tea, bread and cheese. Buttermilk, butter, jam and honey are also consumed at breakfast, but lunch and dinner are more detailed, and their preparation takes more time and gets eaten specially. Iranians attach great importance to food and taste. In Iran, it is common for delicious fruits and varieties of cherries, such as melons, watermelons and cucumbers, especially after eating. The common Iranian drink in the summer is ice water and dough (yogurt and water) and in winter it is especially tea. Of course, throughout the day, tea is the most consumable Iranian drink.

The Iranian families are particularly interested in the preparation of various types of syrups, such as: Cherry syrup, Lemon and Tamsak, Jams and Pickles (mixed with fruits or grains and vegetables with vinegar) such as pickles, pickles, mangoes and pickles. Consisting of a “sauce”, seasoning with other foods like Chelot with chicken meat and usually consumes fatty meats, picked up by people who “win” the bile. It is very common in Iran to eat snacks like nuts and dried fruits, as well as a variety of sweets, such as Chalabi, Sohan, Gaz, Baklava, Bamia and Zolbia. The consumption of yellow and musk hare is also common in Iran as dessert. “Yellow Shade” is a mixture of rice, saffron and sugar, which is similar to jelly and is holy in the form of “vowels” and is used in some families as desserts.more

In Iran, bread has a special place and according to the Persians, “bread is the blessing of God” and should not be blamed for the blessings of God. Therefore, bread is considered to be the main food of the community and thus sacred. All kinds of local sweets are cooked and consumed throughout Iran. The latest development that has emerged in the nourishment of the Iranian people is the high consumption of rice, macaroni, noodles, salad, jelly and egg.

In general, it can be said that in the north and south of Iran, fish constitute the main food. In northern Iran, which is a forest region with a variety of plants and vegetables, it is very common to eat fish with rice and cook a variety of local stews with a variety of vegetables and legumes. In the northwest and western regions of Iran, which is a mountainous area, the use of various types of roes is common, as well as sweets, as well as rice and bread. In the central regions of Iran, local specialties such as various kinds of stews and pastas are more common.