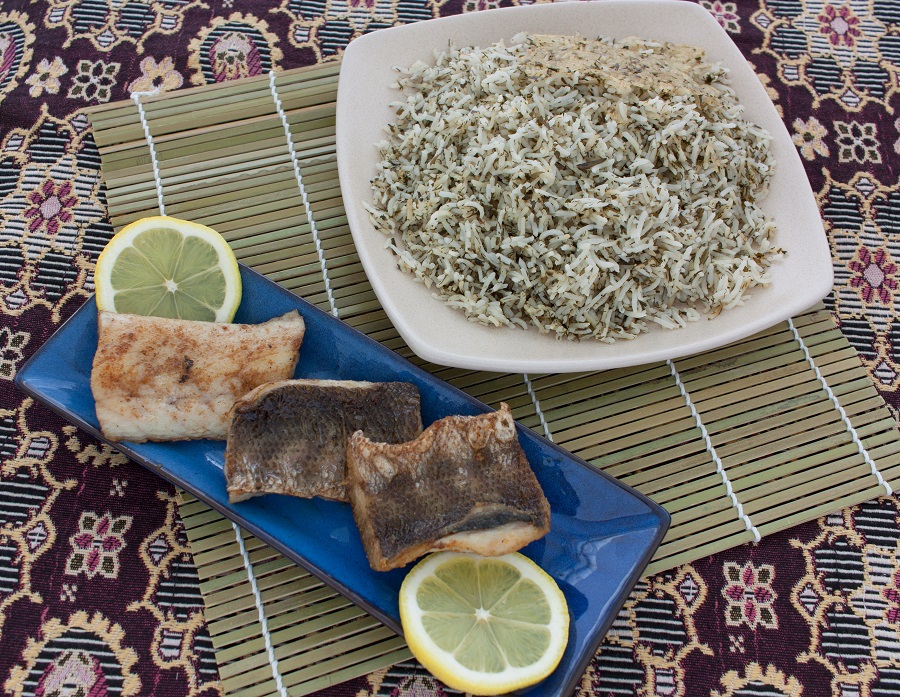 Polo in Iranian cuisine, Azerbaijani. Turkey Uzbekistan and many Middle Eastern countries are known as brass, which can be cooked with other materials, such as meat, vegetables, beans and dried fruits, and even varieties of spices, which can be cooked and watered in either form. In some foods, you can also mix it with other ingredients after making a perfect Chelow (simple rice). There are also foods like Ash and harris and jade that are not known as rice or rice in the form of rice or Chelow. In the definition of Polo in Dehkhoda it is said: it is a food that is made of rice, in which it is seasoned with meat and raisins, dates, and so on and it is a variety.

In this section, you will be given a variety of Polo and Chelow such as Lubia polo with meat ,Sabzi polo with meat ,Polo with Saffron ,Reshte polo ,Estamboli polo ,and…. .

Polo that can be Dami or Abkesh. Dami has a lot of Property and aroma. The Dami has a beautiful appearance and is suitable for parties.

Lubia polo are very rich and tasty. This plate is cooked with green beans and minced meat or pieces of chopped meat.

Estamboli polo or jam is a mixture of tomatoes, rice and potatoes, and sometimes they use fried meat.

Reshte polo: It is often cooked for New Year’s Eve. It can be used with chicken or meat.

Sabzi polo: Served with fish and it is also a specialty for Norouz.

Shevid polo: In addition to dill, it also has beans and has a special place in parties and parties. 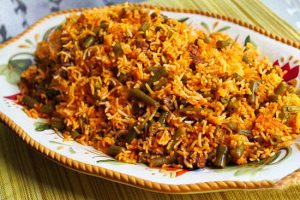 Lubia polo is a delicious Iranian flavor that is very different from each other in different regions, and it’s called Istanbul in some cities like Isfahan. But İstanbuli Tehrani is a tomato soup cooked with potatoes and different from Lubia polo. The main ingredients are beans, rice, green beans and tomato paste. Most often, bean Polo also has meat that can be single or sliced. In order to make bean jam, you will see a piece of scoured meat. But you can use minced meat as well. 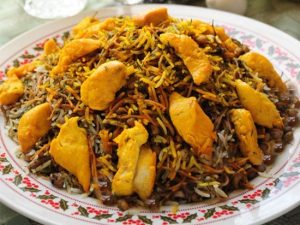 Reshte polo are from traditional Iranian cuisine, sometimes served with meat or chicken, and sometimes with a little creativity! Reshte polo can be decorated in different shapes and with various materials. The hot onion mixture, barberry and pistachio slice certainly did not speak. Both the color and the beautiful water were given to the food, and the taste was great for Reshte polo and chicken. Although this great Reshte polo alone was enough to bring us all, fresh vegetable, colorful Shiraz salad, traditional dough and dessert of two layers of color were added to it, and in summary all the breaths were kept in the chest until the time Eat! 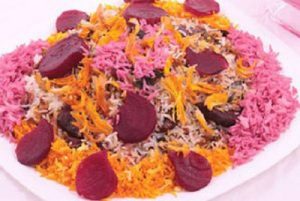 Among the types of Polo, the name of the sumac polo is less heard. If you have not heard the name, you should know that the sumac is a local Iranian cuisine that looks like a Kebab kobide. In fact, if you crave Kebab kobide with a sumac, you can easily make this delicious dip in the house on the gas and enjoy it.