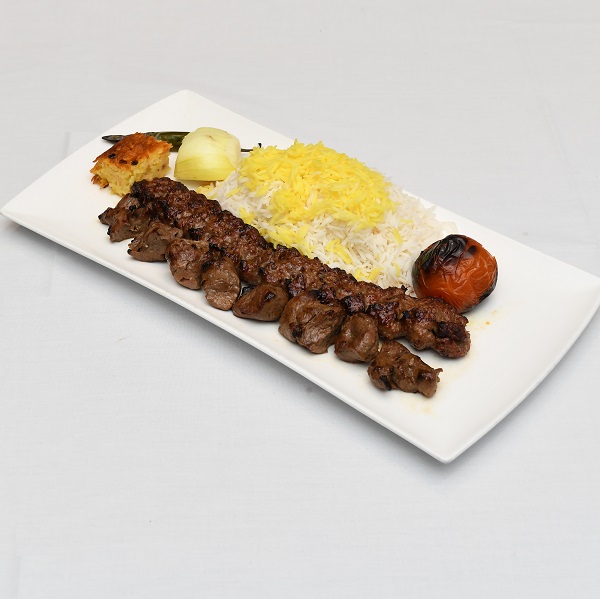 The history of Iranian kabab

Kebab is one of the most popular foods of the Middle East, especially Iran and the Caucasus. In the preparation and cooking of barbecues, lamb or calf is used for red meat. Also, in the process of preparing most barbecues, onions and spices are used. A kind of what is known as kobab chanjh in Iran is also known in the western countries known as Shishkabb. Also, what is known in Iran as kobab kubaid is known as Kabab in the Caucasus, or in some places called Lolekebab.

The skewers are rolled up in metal or wood, and placed in direct fire to cook. The size and diameter of the grill varies depending on the type and taste of the person who makes it.

The fat that is not consumed when eating from high-fat tissues or sheep or cattle bones, as well as when grilling meat, is known as the “teardrop of kebabs”.

As Mirza Mohammad Reza Motamedalkatab, the author of the Qajar history, wrote, Kabab’s leg was opened by Naser-al-Din Shah. They say that on the order of Naser al-Din Shah, a Caucasian herd, a Caucasian food has arrived in Iran, which later the cooks of the courtyard have slightly changed the method of baking, and the roast has become a completely Iranian dish.

According to a story narrated by Dostali Khan Miyar al-Malik from Nasser-al-Din Shah’s descendants, Nasser-al-Din Shah has had 87 husbands, of whom four were official, and the rest were sentences. When on a Friday, the Shah intended to visit Abdul Azim in Shahrery, his waitresses had to go to that area on Thursday and prepare about 1,000 to 2,000 kebabs according to the order of the king for himself and 1,000 companions and crew and his wives, and kebabs are always accompanied It is served with herbs and onions.

Chicken kebab is made from medium sized pieces of meat.
Sour kebab, which is roasted in the province of Gilan, is used for fresh veal and treating materials, these are made from sour pomegranate sauce, orange sauce and walnut kernel.
Kebab is a Kermanshish grilled grenade, and is usually made from lean sheep meat.
Chopped kebabs are made from meatballs and onion is prepared.
Kabab Leaf and Soltani are known for their large meat slices.
Shoulder grill is produced from the back of the neck and the shower of the cow, and because of its veins, the delicious fat in which it is available makes the grill double. Its size, like the chestnut, has moderate cuts. This type of kebab is also a barbecue series that is widely produced and consumed in Guilan and Rasht, and is known as one of the grilled dishes in Rasht.
Chicken is made from barbecue with bone and bone, which is used for chicken or chicken meat.
Shishlik is a specialty of Kabahan Khorasan, and is used to make it from sheep gears, sometimes calves or young cattle, which are pulled by the same bone. This kebab also has many fans.
Grilled barbecue grilled in its skein is used among pieces of meat and chopped chopped pieces.